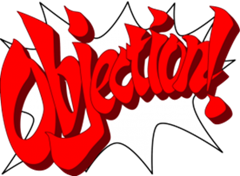 In Romans 9, Paul discusses God’s absolute freedom in His saving purposes. He uses the illustration of the twins, Jacob and Esau, stating that God’s choice of Jacob over Esau had nothing to do with either of them. Rather, God chose “so that [His] purpose according to His choice would stand.” This choice was “not because of works but because of Him who calls” (Rom 9:11). He goes on to say that salvation “does not depend on the man who wills or the man who runs, but on God who has mercy” (Rom 9:16), and then supports that claim by referring to God’s hardening of Pharaoh’s heart for the expressed purpose of demonstrating His power and proclaiming His name through the events that followed (Rom 9:17; cf. Exod 9:16). Paul then summarizes his point by declaring: “So then He has mercy on whom He desires, and He hardens whom He desires” (Rom 9:18).

Then, Paul anticipates an objection: “You will say to me, then, ‘Why does He still find fault? For who resists His will?’”

First, let us understand the objection itself. Paul’s imaginary (or perhaps not so imaginary) interlocutor has understood all that Paul has said about God up until this point.

So the question is, “Since no one can resist God’s will, how is it fair that He still finds fault?”

Making Sense of the Objection

This objection proves very helpful in the Christian’s understanding of the nature of God’s sovereignty in salvation. Because whatever our conclusions are about the doctrines of grace, they must make sense of that objection.

And the fact is: the only way that this objection makes any sense at all is if three things are

But it is repugnant to the natural mind that we could be held accountable for something that we are unable to do—especially if we claim that it is a loving God that imposes this standard. And so different schools of thought devise alternative understandings of God’s sovereignty in an effort to save Him from what they believe to be unfair.  However, none of these alternatives make sense of the objection in Romans 9:19. Let’s consider these alternatives.

One alternative is universalism. God has required something of humanity that they are unable to do, so he brushes their sins under the rug—after all, kids will be kids, right?—and He lets them off the hook. Now, aside from being patently unbiblical, this position would be to deny that God “still finds fault” with humanity. No one can resist His will, so He simply does not find any fault with them.

Conditional Election Based on Foreseen Faith

Another alternative is to deny that God’s election is unconditional, and rather to assert that it is conditioned upon faith which God foresaw in a particular person. Said another way: He chose them because He knew they would choose Him. Since our natural minds find it unfair to hold people accountable for something they are unable to do, this theological position maintains that we actually were able to do something—namely, believe—that would result in God granting us mercy.

But if this were the case, Paul’s imaginary companion would not have made the objection in Romans 9:19. It would be no mystery as to why God “still finds fault” with those who do not believe. They simply did not have the faith necessary to be elect.

Still another alternative, akin to the previous, is to claim that God is indeed sovereign, but God has sovereignly chosen to grant a sort-of-sovereignty to humanity in the form of libertarian free will. God commands repentance and faith, and He will find fault in those who fail to repent and believe. But according to this view, those who fail to repent and believe do so because they have the free will to accept or reject God. God did His best, and He would save everybody if He could, but He left the final decision for salvation up to man. In other words, they can “resist His will.”

Here again, we find that the objection in 9:19 would make no sense. There would be no mystery as to why God would find fault with those who reject Him. But Paul’s interlocutor makes the statement (via a rhetorical question) that no one resists God’s will.

The Genius of Grace

And so, if we are to make any sense of the objection Paul raises in Romans 9:19, we cannot explain God’s sovereignty and man’s inability by appealing to conditional election or libertarian free will. This objection only makes sense if the Calvinistic doctrines of total depravity, unconditional election, and irresistible grace are true.

But how is that fair? How can God command that which is impossible, and still hold people accountable? How can He command people to be born again, even though the new birth depends entirely upon “God, who has mercy” (Rom 9:16)? Well, to the questioner who seeks to impugn the righteousness of God, Paul’s answer is a stinging rebuke: “On the contrary, who are you, O man, who answers back to God?” (Rom 9:20). If you seek to find fault with God’s character, you have a skewed understanding of righteousness, for there is no injustice with God, by definition. (Rom 9:14; cf. 3:5b–6). You, a creature of the dust, are contending with your Creator, and Paul says you better put your hand over your mouth fast.

But there is a way to ask the question out of a sincere desire to understand God and worship Him for how He has revealed Himself. And if the question is asked in that spirit, I believe there is a clear answer. And that is: God grants to His people what He requires of them. This is the genius of grace. By commanding something of everyone that is impossible for them to do, God magnifies mankind’s true helplessness and inability related to our spiritual condition. And because He commands only what is possible for God Himself to accomplish, He magnifies His own sufficiency and fullness of glory. As Paul goes onto explain, He does this “to make known the riches of His glory upon vessels of mercy” (Rom 9:23).

By granting what He requires, God displays Himself as all in all. He places humanity in our proper position, as needy beggars eager to receive from His hand. Then, as our benefactor, He grants what He requires and thus captures our affections, so that we see Him as altogether lovely, altogether worthy, and altogether wonderful.

Posted by Mike Riccardi at The Cripplegate