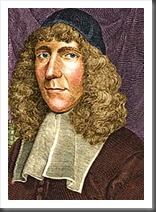 During the Arian controversy of the fourth century, the Arians employed many arguments against the doctrines of the Trinity and the Deity of Christ. Perhaps one of the most popular arguments was that men like Athanasius were using unbiblical terminology to describe the nature of God and the person of Christ. The famous word homoousios — i.e., “same substance,” indicating that the Son was of the same substance of the Father, not merely of similar substance — was nowhere to be found in Scripture, while the Arians insisted upon the “plain sense” of texts like John 14:28, where Jesus confesses, “The Father is greater than I.” In the sixteenth century, the anti-Trinitarian Socinians leveled this same argument against historic orthodoxy. “Trinity” was a word that was absent from the Bible. The Reformed Orthodox were simply imbibing man-made tradition, whereas they (the Socinians) were aiming to be true to Scripture by using strictly biblical language.

John Owen saw it as a personal calling to answer the numerous heresies of Socinianism, and the church has been the richer for his efforts. Early on in his “A Brief Declaration and Vindication of The Doctrine of the Trinity,” Owen answers this common objection, and explains why employing extrabiblical terms like “substance,” “subsistence,” and “Trinity” is not only permissible but necessary for faithful biblical interpretation and theological discussion. He writes:

“And herein [i.e., in discussing the Trinity], as in the application of all other divine truths and mysteries whatever, yea, of all moral commanded duties, use is to be made of such words and expressions as, it may be, are not literally and formally contained in Scripture; but only are, unto our conceptions and apprehensions, expository of what is so contained.

“And to deny the liberty, yea, the necessity hereof, is to deny all interpretation of the Scripture, — all endeavors to express the sense of the words of it unto the understandings of one another; which is, in a word, to render the Scripture itself altogether useless.

“For if it be unlawful for me to speak or write what I conceive to be the sense of the words of the Scripture, and the nature of the thing signified and expressed by them, it is unlawful for me, also, to think or conceive in my mind what is the sense of the words or nature of the things; which to say, is to make brutes of ourselves, and to frustrate the whole design of God in giving unto us the great privilege of his word.

“Wherefore, in the declaration of the doctrine of the Trinity, we may lawfully, nay, we must necessarily, make use of other words, phrases, and expressions than what are literally and syllabically contained in the Scripture, but teach no other things.

“Moreover, whatever is so revealed in the Scripture is no less true and divine as to whatever necessarily followeth thereon, than it is as unto that which is principally revealed and directly expressed. For how far soever the lines be drawn and extended, from truth nothing can follow and ensue but what is true also; and that in the same kind of truth with that which it is derived and deduced from. For if the principal assertion be a truth of divine revelation, so is also whatever is included therein, and which may be rightly from thence collected.

Several comments are worth making.

Necessary for the Refutation of Error

First, Owen notes that, not just in Trinitarian discussions, but in “all other divine truths and mysteries whatever,” it’s necessary to use terminology that doesn’t appear in Scripture in order to explain precisely what Scripture does and does not mean by the terminology it does use. As soon as a teacher of error invests biblical terminology with a meaning that Scripture does not intend, they have made it necessary for the defenders of truth to use language that is not used in Scripture to distinguish the genuine biblical sense of the terms in question.

The Arians insisted that Scripture’s description of the Son as “begotten” and “firstborn” meant that the Son had a beginning, since, with respect to human relations, the “plain sense” of these terms imply origination. In order to explain why that was not the case, Athanasius, Augustine, and others employed extrabiblical terminology to explain the genuine meaning of the biblical terms. Begottenness, for the eternal relations between Father and Son, didn’t imply origination, but the Father’s eternal communication of the divine essence to the personal subsistence of the Son. Scripture doesn’t speak of “essence” and “subsistences” in any explicit fashion, but these terms are employed to best capture what Scripture does say and distinguish it from false teaching.

This is Simply the Task of Interpretation

Second, note how this practice is absolutely essential to any biblical interpretation whatsoever. “To deny the liberty, yea, the necessity hereof, is to deny all interpretation of the Scripture.” If employing extrabiblical terminology to describe biblical truth is somehow always polluting the purity of exegesis with the the “human reasoning” of “theology,” then we’d have to jettison not only our theology books, but also our Bible commentaries, historical sources, and lexicons, and prohibit our pastors from saying anything from behind the pulpit beyond the reading of Scripture. Any commentary on biblical truth involves using words not used in the text.

Anchored to the Text

Third, observe how Owen is explicitly concerned that one anchor extrabiblical terminology in the text of Scripture itself. Though these terms might not be found explicitly in the text, they are nevertheless “expository of what is so contained.” We are aiming to express “the sense of the words” of Scripture. We use words other than what are in Scripture, but which “teach no other things” than what are in Scripture. Owen is not some systematician running roughshod over the biblical text; if nothing else, his two-million-word exegetical commentary on the Book of Hebrews ought to qualify him as an exegete. No, it’s his love for Scripture and his genuine concern that the author’s intent be preserved pristine that drives him to this practice. Theological deduction must always be moored to the text.

The Legitimacy of Deduction

Fourth, he makes the excellent observation that the logical implications of a divinely revealed truth are no less divinely revealed nor less true than the principle from which it’s deduced. Some interpreters who tend to be wary of the legitimacy of systematic theology get uneasy if there are too many levels of argument or inference from a particular truth of Scripture. If there are more than three if-then statements in a theological argument, it must not be biblical. But that’s just simply not true. If A is proven to be a scriptural truth, and if the rest of scriptural testimony along with the laws of logic demand that A implies B, and B implies C, and so on through to Z, Z is no less biblical than A. Or, as the Westminster Confession puts it, “The whole counsel of God, concerning all things necessary for his own glory, man’s salvation, faith, and life, is either expressly set down in Scripture, or by good and necessary consequence may be deduced from Scripture” (1.6). That which is deduced “by good and necessary consequence” is no less biblical than that which is “expressly set down in Scripture.”

And so, the orthodox doctrine of the Trinity — which is summarized by the confession that God is one, and that this one God eternally subsists in three co-equal and consubstantial persons, the Father, the Son, and the Holy Spirit, which persons, though distinct from one another, each fully possess the undivided divine essence — is not an unbiblical concoction devised by human reasoning and philosophical speculation. It is biblical, even though the words “Trinity” and “essence” and “subsistence” don’t appear in Scripture. By teaching that God is one, and that the Father is God, the Son is God, and the Spirit is God, Scripture shuts us up to Trinitarianism. That we have to borrow metaphysical language to explain the scriptural realities makes those realities no less scriptural.

As you interpret Scripture and aim to faithfully hold the parts together into a coherent whole, don’t get caught up in the crass biblicism of the likes of the Arians and Socinians, because, ironically, that would be unbiblical.